The Slow Burn of Silence 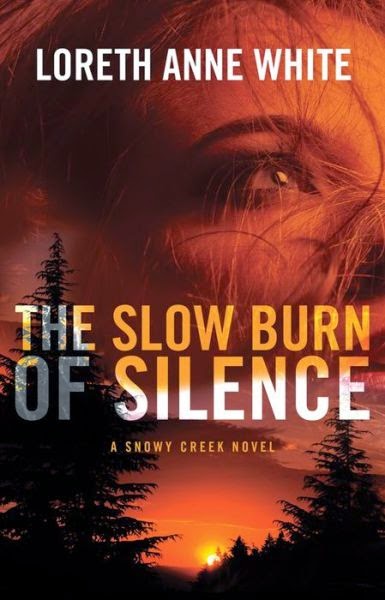 An artist fills the viewers mind with broad brushstrokes and tiny smidges, colors vividly springing to life on the canvas in front of them.

When does something begin and end? The ripples from a stone cast into a pond, do they start with the smoothness of the pebble that first attracts the eye, the impulse to feel it against the palm, to make it skip over water … do they end with the last tiny lap of a wave on the distant shore …

Loreth Anne White fills the viewers mind with images painted through the written word, each phrase dripping on the pages, oils and charcoal the tools of her craft.

It’s not often that I refer to a mystery as poetical in its prose, each word not to tell the story, but rather to put the reader into the scene, walking along with each character.  Thomas H. Cook is the only other that comes to mind, a painter of pictures of the mind.

An Indian summer. He’d forgotten the taste of it. The feel of it. The sound of it. The way the breeze whispered in his ears with the voices of dead leaves, brittle grasses, crackling twigs, the soft swishing of drought-browned conifer tips. It was a dialogue that could only come after a killing frost. This valley was tinderbox dry, ripe for fire, whispering for it. Or for rain.

Jeb Cullen returns to Snowy Creek after serving almost 10 years in prison for a crime he never committed … or did he?  With flashbacks indicating something violent in his past, can he really be trusted? A review of the case gets him released by the courts, but not technically “not guilty”. He comes home, his guilt still evident in the eyes of the townspeople, in the doubting eyes of the woman he once loved.  The woman whose testimony helped put him away. Jeb wants to reclaim, needs to reclaim, the life that was taken from him … and the woman who has never left his heart.  But could he face down a town full of hatred and suspicion.

But it was what he wanted, a stark spotlight which under everyone would be exposed and held accountable, under which he could stand up and show he had nothing to hide. Where he could look into the faces of the men who’d lied, into the eyes of those who believed in his guilt, and let people know he would not back down. It was the only tool he had. Darkness bred shadows, secrets, easy violence without consequence.

Rachel Salonen lost her innocence and her soul mate on one fateful night almost 10 years before, a night that she pushed back into the recesses of her mind as she went on with her life; a life that included a fiancé, a life that was happy.  But then her sister and brother –in-law die in a house fire and she becomes the guardian of their little girl.  A child she barely knows, a child that ends up tying her to the one man she never dared see again.

I try to swallow against the tightness closing my throat. My skin is hot. Dark memories thread into my mind like ink tendrils into water, swirling, curling, clouding the present, blurring plans for the future with Trey. We’ve all worked so hard to bury the past, the whole town has. But sometimes all one can do is plaster over the cracks with the concrete of industry; because underneath the fissures remain, waiting for some little tremor to open them up into black maws hungry to swallow you up again. Like now.

The Slow Burn of Silence is a book full of suspense, tension, danger and romance.  From a writer with an exceptional grasp of the English language, this book can finally move Loreth Anne White in with the best romantic suspense writers today.  Go buy the book, you won’t regret it.