Who is Shayla Black?


Posted by Bailey Stewart at 6:51 PM 2 comments: Links to this post

All of the facts that I'm about to give you comes from The Alzheimer's Association's website.

Did you know that there are about 3.5 million people with Alzheimer's in the United States. Can you imagine how many there are world-wide?

Did you know that the healthcare costs for people 65 years and older are tripled because of Alzheimer's and dementia related disorders?

Did you know that someone develops Alzheimer's approximately every 70 seconds?

Did you know that the seventh leading cause of death is Alzheimer's?

Did you know that more than $148 billion dollars each year are spent by Medicare, Medicaid and businesses as a direct, and indirect, result of Alzheimer's and other dementias?

1. Memory Changes that disrupt daily life.
2. Challenges in planning or solving problems.
3. Difficulty in completing familiar tasks at home, at work, or at leisure.
4. Confusion with time or place.
5. Trouble understanding visual images and spatial relationships.
6. New problems with words in speaking or writing.
7. Misplacing things and losing the ability to retrace steps.
8. Decreased or poor judgement.
9. Withdrawal from work or social activities.
10. Changes in mood or personality.

The greatest known risk factor for Alzheimer’s is increasing age. Most individuals with the disease are 65 or older. The likelihood of developing Alzheimer’s doubles about every five years after age 65. After age 85, the risk reaches nearly 50 percent.

Another risk factor is family history. Research has shown that those who have a parent, brother or sister, or child with Alzheimer’s are more likely to develop Alzheimer’s. The risk increases if more than one family member has the illness. When diseases tend to run in families, either heredity (genetics) or environmental factors or both may play a role.

Scientists know genes are involved in Alzheimer’s. There are two categories of genes that can play a role in determining whether a person develops a disease. Alzheimer genes have been found in both categories:
1) Risk genes increase the likelihood of developing a disease, but do not guarantee it will happen. Scientists have so far identified one Alzheimer risk gene called apolipoprotein E-e4 (APOE-e4).
APOE-e4 is one of three common forms of the APOE gene; the others are APOE-e2 and APOE-e3. APOE provides the blueprint for one of the proteins that carries cholesterol in the bloodstream.
Everyone inherits a copy of some form of APOE from each parent. Those who inherit one copy of APOE-e4 have an increased risk of developing Alzheimer’s. Those who inherit two copies have an even higher risk, but not a certainty. Scientists do not yet know how APOE-e4 raises risk. In addition to raising risk, APOE-e4 may tend to make symptoms appear at a younger age than usual.
Experts believe there may be as many as a dozen other Alzheimer risk genes in addition to APOE-e4.

Please, if you know someone who is taking care of an Alzheimer's (or dementia) patient, offer to spell them for an hour; take meals to them; clean their house - do laundry, etc. Anything is a blessing to those taking care of loved ones. For that matter, do this for anyone that is the caregiver of anybody.

I miss you mommie 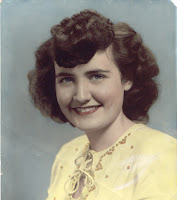 Posted by Bailey Stewart at 11:24 PM 6 comments: Links to this post

Mary Travers, 71, of the folk group Peter, Paul & Mary has passed away after a long battle with leukemia. Who doesn't know the song "Puff the Magic Dragon"? Their harmony can never be reproduced.

And Henry Gibson, known for his poems on the 60s series "Laugh-In", has passed away at the age of 73. He recently had a recurring role on "Boston Legal" as a judge. Mommie always knew she was in for a laugh when he would walk out on the "Laugh-In" stage, a flower in his hands, and announce "A Poem, by Henry Gibson".

Posted by Bailey Stewart at 1:00 AM 5 comments: Links to this post


With all of the talk today about Kanye West and his asinine antics, a true gentleman slipped out of our lives. I tried to find my favorite scene from "Dirty Dancing", but every one of them had embedding disabled. So the only thing I can do is post the link to the clip.

Patrick Swayze at his finest - so virile, vibrant. He will be missed. 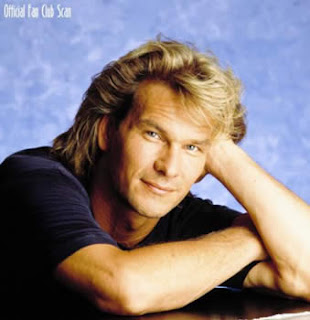 And please don't forget the post below and vote every day. Thank you.

Posted by Bailey Stewart at 9:04 PM 3 comments: Links to this post

Could you do a favor for me? 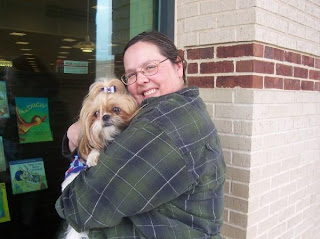 This is my little friend Mocha. She and her mommie Jan does a lot of wonderful things for people and animals. They take treats, blankets, food and toys to animals at the shelter. They have MySpace auctions to help pay vet bills, or even to help a family get through a hard time. Earlier this year I thought I was going to have to give up my furbabies because I didn't have the money to feed them - Jan and Mocha showed up with food, toys, litter and money from the MySpace group to help me through.

Why am I telling you this? Because Mocha is in a contest and the prize is a million dollars. Here's the thing - she isn't getting a lot of votes, which I don't understand because she IS the cutest doggie. I know for a fact that they would use a lot of this money to help the animals in their local shelter, to help their friends, etc.

So if you could - it really only takes a moment - go to this site and vote for her. You have to register, but once again it doesn't take long - and it's really for a good cause and for someone that deserves it. You get to vote every day - so please do this for me.

Posted by Bailey Stewart at 1:24 PM 8 comments: Links to this post 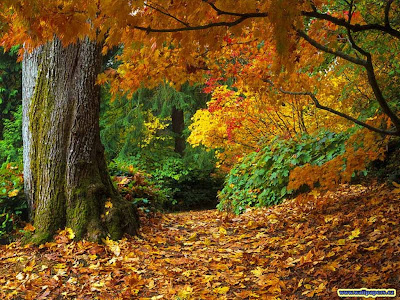 Posted by Bailey Stewart at 9:43 AM 6 comments: Links to this post

Posted by Bailey Stewart at 10:21 AM 3 comments: Links to this post

This is my pick for this years winner. She has an absolutely beautiful voice!!

YouTube won't let me embed the video - so I can only give you the link. Let me know what you think of her, okay?

Posted by Bailey Stewart at 11:07 PM 3 comments: Links to this post

“You gonna sit there in the middle of the sidewalk like a damn speedbump all day?”

Nick looked up from where he had been contemplating her skinned knees. Casey stood over him, all 5’8 of her, hands fisted on hips that were a bit fuller than in youth, a frown flittering her face.

“You laughed at me”

“Laughing did not in any way leave a mark. You have your rabbies shots?” Nick prided himself on his reflexes, but even he had to move quicker than expected to avoid the foot that shot out in his direction. Having lost what she had hoped to connect to caused Casey to overbalance again. Instinctively, he pushed to his knees and grabbed her waist to keep her from falling.

“Now now Casey, don’t want to land on that cute little butt again, do you?”

A withering glance, enough to sear his ears off, was her only response, but Nick found it interesting that she hadn’t pulled herself out of his grip. She stood there and stared down at him, hair framing her face, eyes … oh oh, Nick suddenly felt like he’d been caught in the corsairs of a snipers rifle as Casey’s eyes narrowed to slits. Slowly he pulled back, not taking his attention away from her. But slow was not the way to go this time, no a faster pace would have been much better as she reached out and latched on his ear, painfully twisting and pulling on it, tugging him up to stand.

“Shit woman.” Rubbing his ear, Nick took a couple of steps back. So did Jit for that matter. The other man still hovered however, because, you know, life was so exciting in Satchel. Nick noticed that a small crowd had begun to gather. Well, not exactly a crowd, but 10 people was a crowd by Satchel standards. If there were any such thing – standards in Satchel that is. He took special note that the town gossip, Edna Cambridge, was in the front of the group. Great, he’d just made the Satchel grapevine. Not that it mattered since as soon as he finished his business here, he was back to work, but still being the subject of gossip would not have made his mother happy. He could visualize her grave rolling now.

“You think you can just come back here, laughing, kissing and whatever and no one’s going to say anything.” Casey brushed off her shorts and looked around for her flip flop, which had landed in the gutter.

“Kissing?” Jit scratched his head and narrowed his eyes at Nick.

“What? You don’t think anybody wants to kiss me?” Nick felt a little less heat as Casey swung towards Jit.

“You wanna kiss me Jit?”

It wasn’t often that Nick felt absolute pity for another man, but poor Jit was digging himself deeper and deeper into the shit pond.

“I, um, well … “ Jit’s face was turning a lovely tomato red as Casey towered over him. “I meant that other guys would find ya irresistible, yeah, that’s what I meant.”

Nick was pretty sure that Wile E. Coyote felt much the same way as Jit did, as the Acme safe came down on him. Yeppers, not really a good day to die. He also noted that ol’ Edna had stepped away from the peanut gallery.

“You kissing a lot of men lately Cassandra?”

Casey jerked towards the newcomer in only what Nick could describe as a marionette gone wild, strings yanking arms and legs in staccato motions. Oh yeah, this was going to be a show.

Posted by Bailey Stewart at 8:21 AM 5 comments: Links to this post